Graduation season: Helping your child decide between saving for the future and paying off debt 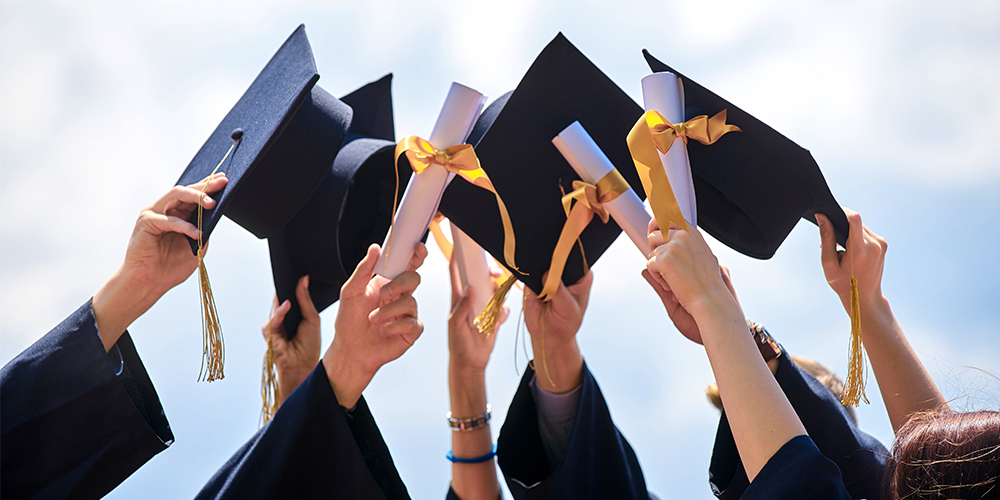 Are you one of the thousands of parents celebrating your child’s graduation this summer? If so, congratulations to you and yours and we wish them the best for the future.

Part of that future will hopefully involve starting their first graduate job, which will bring many decisions and will probably mean that they are automatically enrolled in a Workplace Pension.

For some graduates, one of those decisions will include choosing between remaining enrolled and making contributions each month or withdrawing from the scheme to put more money toward repaying their student debt.

That’s a choice which could cause issues in later life.

According to research from Royal London, graduates earning an average starting salary when entering the workforce (£18,222) could reduce their expected pension fund by £75,000, if they choose to repay their student loans instead of making Workplace Pension contributions.

What does a Workplace Pension involve?

Automatic enrolment has now been fully introduced for all employees who meet the eligibility criteria:

Furthermore, employees benefit from tax relief, which means a percentage of their contribution is reclaimed from the tax paid on their earnings and is added to the monthly contributions. This is based on the rate of tax paid by the employee, which for a new graduate on the average salary will be 20%.

For a graduate earning the average starting salary of £18,222, the monthly contributions will be:

(Contributions based on qualifying earnings band rather than full salary.)

Why are some considering opting out?

According to the Institute of Fiscal Studies (IFS), the average student will have £50,000 of debt when they graduate. Those from lower-income households who are eligible for more loan and grants will have figures much higher than that. As interest begins to accrue during the first year of attending university, student debt is continually growing and that can make it seem insurmountable.

As a result, some graduates have begun sacrificing their pension contributions, to attempt to combat the ever-growing debts that student life has left them with.

Most student loan repayments are income contingent. This means repayments only start once the graduate is earning above a certain amount. That threshold is different deepening on the year of graduation, but for those who have graduated this summer, repayments will not be due until their salary is above £25,000 per year.

Currently, repayments are taken from pre-tax earnings automatically. Repayments are made at 9% of the amount earned above that threshold.

Furthermore, in England and Wales, no further repayments will be necessary after 30 years (25 years in Northern Ireland and 35 years in Scotland) without penalty, so there really is no pressure to repay the full amount; or anything beyond the automatic repayments taken from salaries above £25,000.

According to the research from Royal London, graduates this year could expect an average pension fund of £148,000 in current values, just by making the minimum contributions. However, if they chose to redirect that money into student loans, their pension is likely to be approximately £75,000 lighter, and their outstanding loan will be written off before retirement anyway, with no additional perks in return for the extra repayments.

Helen Morrissey, Personal Finance Specialist at Royal London, comments: “A new graduate may look at their student debt and want to get it down as quickly as possible, perhaps even opting out of their Workplace Pension in order to free up extra cash.  But our analysis suggests that this could be a big mistake for the vast majority.  Most graduates will never pay off their student debt in full and the balance will eventually be written off.  Meanwhile, opting out of Workplace Pensions means losing the contribution from your employer, possibly over a period of decades.  Those who stay in pensions will see their money and their employer’s contribution grow over time and they will also benefit from tax relief on their contributions.

“With graduate pension pots already facing a squeeze due to student loan repayments, any further reduction could pose a devastating blow to a graduate’s retirement fund.  Therefore, it is essential that employers and the government communicate the benefits of pension saving clearly to Britain’s new graduates.”

For further clarification on anything mentioned in this article, or to discuss ways your children can be better prepared for their financial future, please get in touch with Ben on 0113 262 1242.