6 tips to rebuild your retirement plans after a divorce 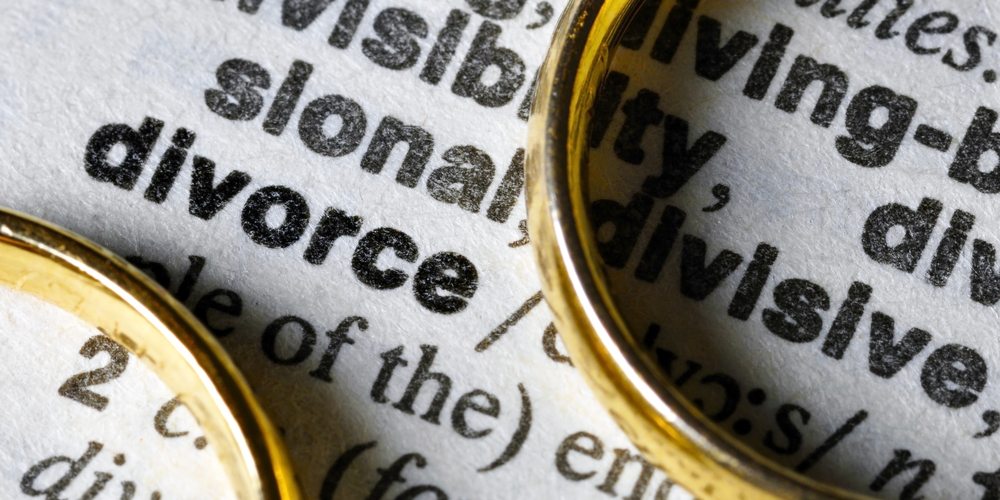 Divorce. It’s a subject that’s unlikely to make for a cheery read, but it’s an important one to talk about nonetheless.

In 2015, the Office of National Statistics (ONS) reported 101,055 divorces, and estimated that 42% of marriages will eventually end this way. A divorce can have far-reaching effects, both emotionally and financially. And, new research from Prudential reveals the extent to which it could blow your retirement plans way off track.

If you, or perhaps a friend or relation, has gone through a divorce, or is currently separating from their partner, ensuring their retirement plans remain on track is vital. After all, when the emotion has died down, you will still want to retire at some point in the future.

Whilst the overall divorce rate is falling, at least one age group, women aged 55 and over, is currently seeing an increase. Many people in that group will be planning their retirement, meaning they have less time to make up any shortfall caused by the divorce. The same is of course true of men in the same age group.

With that in mind, here are our top tips for rebuilding your retirement planning after a divorce:

1. Include pensions in your financial settlement

However, you come to your financial settlement, whether it is reached amicably, through mediation, or via the courts, it’s vital that you include pension plans, often the largest asset after the marital home, in the settlement.

Previously, they were all too often ignored. However, it is now a legal requirement that they are included in the financial settlement.

Pensions and divorce, taken individually, are complex enough. Combine the two, and you have the potential to make mistakes, the effect of which could still be felt many years in to the future, and well in to retirement.

Professional advice, from a lawyer and an Independent Financial Adviser (IFA), is priceless and should be sought early in the process.

Clare Moffat, pensions specialist at Prudential, said: “… a pension fund is likely to be one of the most complicated assets a couple will have to split in the event of a divorce. Retirees who divorced a while ago may want to consider seeking updated professional financial advice on any post-retirement plans they have made, particularly in the light of recent changes to pension legislation. There are also important differences in divorce law between Scotland, and England and Wales. Legal advice in the early stages of separation is therefore crucial.”

You can’t plan for your retirement in the dark.

That means knowing some key numbers:

It’s then a case of comparing the amount you need in retirement, with what you are on track for after the financial settlement. There are several reasons why you might see a shortfall:

The financial settlement will no doubt mean you need to reappraise your monthly budgets.

For example, your household income will almost certainly be cut and your expenditure, particularly in relation to housing costs, may rise.

Lower income, coupled with potentially higher expenditure, may mean you have less disposable income to pay into pensions. That of course, in the long term, may well reduce the income you receive in retirement.

5. Take all the help that’s on offer

If you need to make up a shortfall, or cash is tight, it’s important you take all the help that’s on offer.

That means making sure you are a member of your employer’s workplace pension. Yes, you will need to contribute, but so will your employer and you will pick up tax-relief too.

Finally, check your existing private pensions. Is there anything which can be done to reduce costs of improving performance? Both will increase the income you receive in retirement.

6. Decide what to do with any settlement you receive

As part of the financial settlement you may receive part of your ex-spouse’s pension.

The options are often complex; ranging from becoming a member of their pension scheme, to a transfer in to a pension of your choosing.

If your spouse’s pension scheme won’t let you become a member you will need to decide how and where to invest the lump sum to which you are entitled. This, again, is where an Independent Financial Adviser, is so important.

Think about the future, even if it’s tough to do so

There’s no doubt divorce is an emotional time, when everything is thrown up in to the air and your future can be unclear.

But, you will come through it.

When you do, especially in retirement, you will feel the effect of the decisions you made, good and bad, when you got divorced.

If you want to ensure you are not one of the people whose income is cut in retirement, you need to plan carefully and take advice early in the divorce process; perhaps even before you have told your spouse of your plans.

We are here to help, providing a sympathetic ear (and shoulder if necessary!) to help to ensure you aren’t still feeling the financial effects of your divorce in the years and decades to come.